Since 2004, the International Day against Homophobia and Transphobia on May 17th has been an occasion to promote actions and projects that raise awareness for the human rights of LGBTI (Lesbian, Gay, Bisexual, Transgender, Intersex) people. On the occasion of IDAHOT 2015, the BIM would like to highlight the recently developing movements against homophobia in Kosovo.  This year marks the second time IDAHOT will officially be celebrated in Kosovo, with a programme considerably richer than in 2014. In addition to a march through the main Prishtina Boulevard, Kosovo’s Ministry for Culture, Youth and Sport will organize a concert, while the Kosovo Government will have a conference commemorating and highlighting the significance of an equal society. In 2014, the march had to be well-protected by security police. The courageous demonstration of LGBTI activists should not only get international, but also more local support.

The so-called “Kosovo 2.0 incident”, involving an attack against a magazine presentation raising the topic of LGBTI in Kosovo, as well as a history of violence against LGBTI people showed the need for a project that would tackle homophobia and strive to combat discrimination in general, and on the ground of sexual orientation in particular. Kosovo opted for an EU Twinning project “Against Homophobia and Transphobia”, which is currently implemented by the Ludwig Boltzmann Institute of Human Rights (BIM) and the Finnish National Institute for Health and Welfare together with Kosovo’s Office of Good Governance. The project aims at tackling these phenomena as one face of discrimination that weakens equality and the protection of human dignity and human rights as core values of a society. On the path to an inclusive society, it is crucial to have anti-discrimination legislation amended, policies implemented and the awareness raised among relevant stakeholders who hold the power to change society and foster social cohesion. All project activities seek to strengthen the professional attitude of relevant stakeholders and authorities in acknowledging that humans are “normally different“.

Discrimination on the grounds of sexual orientation is not explicitly protected by early UN human rights conventions, but is commonly understood to be covered by the term “other status” in the open list of prohibited grounds. In reaction to violent attacks on LGBTI people, international measures and movements were established during the last decade. In 2006, a distinguished group of international human rights experts met in Indonesia to outline the Yogyakarta Principles, a universal guide relating human rights to sexual orientation and gender identity. In 2011, the United Nations Human Rights Council adopted resolution 17/19 – the first United Nations resolution on human rights, sexual orientation and gender identity. It paved the way for an international debate on how legal obligations of States to safeguard the human rights of LGBTI can be implemented.

Furthermore, the European Court of Human Rights has become a promoter in the protection of the rights of LGBTI people, firmly establishing sexual orientation as a protected ground. The European Union has become an agent in promoting the rights of LGBTI people. The Charter of Fundamental Rights of the European Union as well as the EU Employment Equality Directive (2000/78/EU) distinguish sexual orientation as a separate ground of discrimination. Although these are very recent documents stipulating protection against discrimination, they do not explicitly include gender identity and intersex status. The latter two grounds are seen as falling under the protected ground of gender. In 2014, the “Lunacek-Report” called on the European Commission for a roadmap on combating discrimination on the basis of sexual orientation and gender identity. Though critically debated, it was finally adopted in the European Parliament with a clear majority.

Despite all these efforts, homosexuality still carries the death penalty in many countries, is considered a criminal offence in many more and LGBTI people are often left without any support in gaining access to justice, when their rights have been violated due to their sexual orientation or gender identity.

Kosovo is the newest country in Europe (it unilaterally declared its independence in 2008) and is so far recognized by 110 UN member states and 23 EU member states, with 5 EU countries yet to recognize the new state. Kosovo is neither a member of the UN nor the Council of Europe, so international and European human rights protection mechanisms do not provide adequate protection to LGBTI people. However, Kosovo aspires to join the European Union and is undergoing the Stabilization and Association Process.

Torn between the legacy and the huge post conflict socio-economic and cultural transformation on the one hand, and the innumerable domestic challenges on the other, Kosovo has still a long way ahead. The consolidation and implementation of antidiscrimination law and policies is just one road under construction. Although the Kosovo Constitution foresees sexual orientation as a protected discrimination ground, there is no consistent implementation of equality, especially for LGBTI people. In Kosovo, the long journey towards achieving equal protection for the rights of and substantial equality for LGBTI persons has just begun.

The Twinning project has focused on raising awareness among key stakeholders and on amending the anti-discrimination legislation to comply with the relevant EU equal treatment directives, so far.

European experts made suggestions for amending Kosovo’s Law on Protection against Discrimination. Their input consists in further and detailed clarifications of various definitions on direct and indirect discrimination, reasonable accommodation, access to goods and services, chain of responsibility, etc. The Legal Office at the Kosovo Prime Minister’s Office took the suggestions provided on board. In addition, a detailed Action Plan for the implementation of the new law was developed by the experts and handed over to the Office of Good Governance. The draft bill now in line with EU law is expected to be promulgated later during the year.

One key element of the project is a train-the-trainers programme, in which 16 professionals (future equality trainers) from the police, the judiciary, the educational system and the general administration participate. Mustafa Arian from the Ministry of Education, Science and Technology participating in the programme says: “The program helps my ministry in obtaining the necessary experiences to tackle a topic that is still a taboo in our country and is given visibility for the first time. It increases our individual and institutional capacities that gives us the opportunity to better address issues of equality in education in Kosovo. In order to understand social diversity, and especially how it manifests itself in our schools, it is necessary to keep an open mind that people are not the same but all have equal rights.” The training programme will create a sustainable pool of trainers that will be capable of training their peers on equal treatment and non-discrimination, with a special focus on LGBTI non-discrimination and will contribute to developing a culture of rights as imagined by Mr Arian.

LGBTI rights and their implementation are still a delicate and sensitive issue in Kosovo, for which Kosovo will have to mobilize all its progressive resources and still cope with many challenges. Kosovo will be continuously supported by promoting its participation in a fruitful exchange of experiences with countries in the region as well as EU member states. The EU itself still has a far way to go, as the ground sexual discrimination is less well-protected than gender, race and ethnic origin. Furthermore, the implementation of the Employment Equality Directive in the member states has to be consistently monitored and improved in order to achieve substantial equality for LGBTI people in the EU and base the promotion of these rights in candidate and neighbourhood countries on a legitimate ground.

For further information please contact Dieter Schindlauer, qvrgre.fpuvaqynhre@havivr.np.ng, Resident Twinning Adviser or have a look at the Normally Different website.

See also the Kosovo 2.0 report on the march. 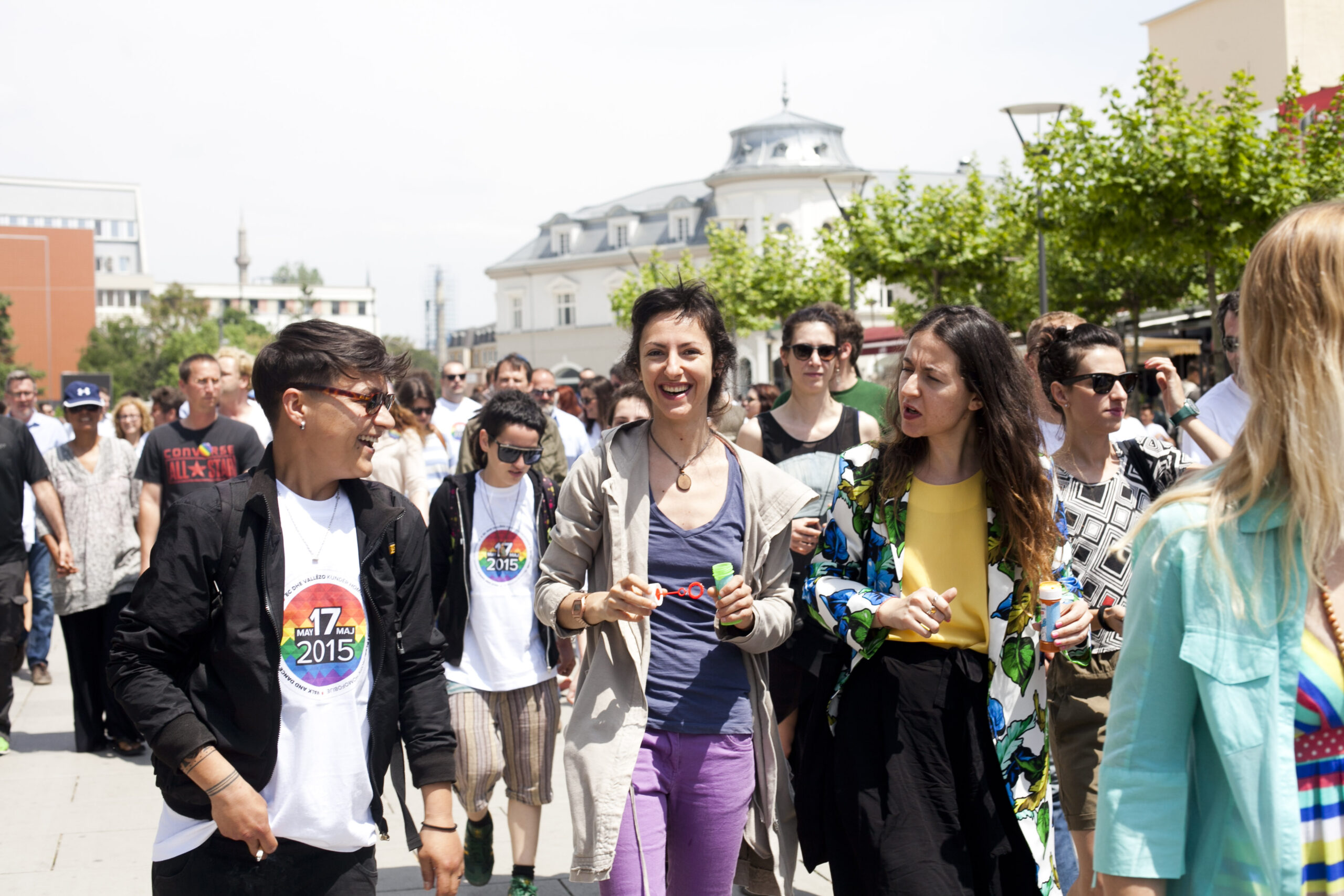 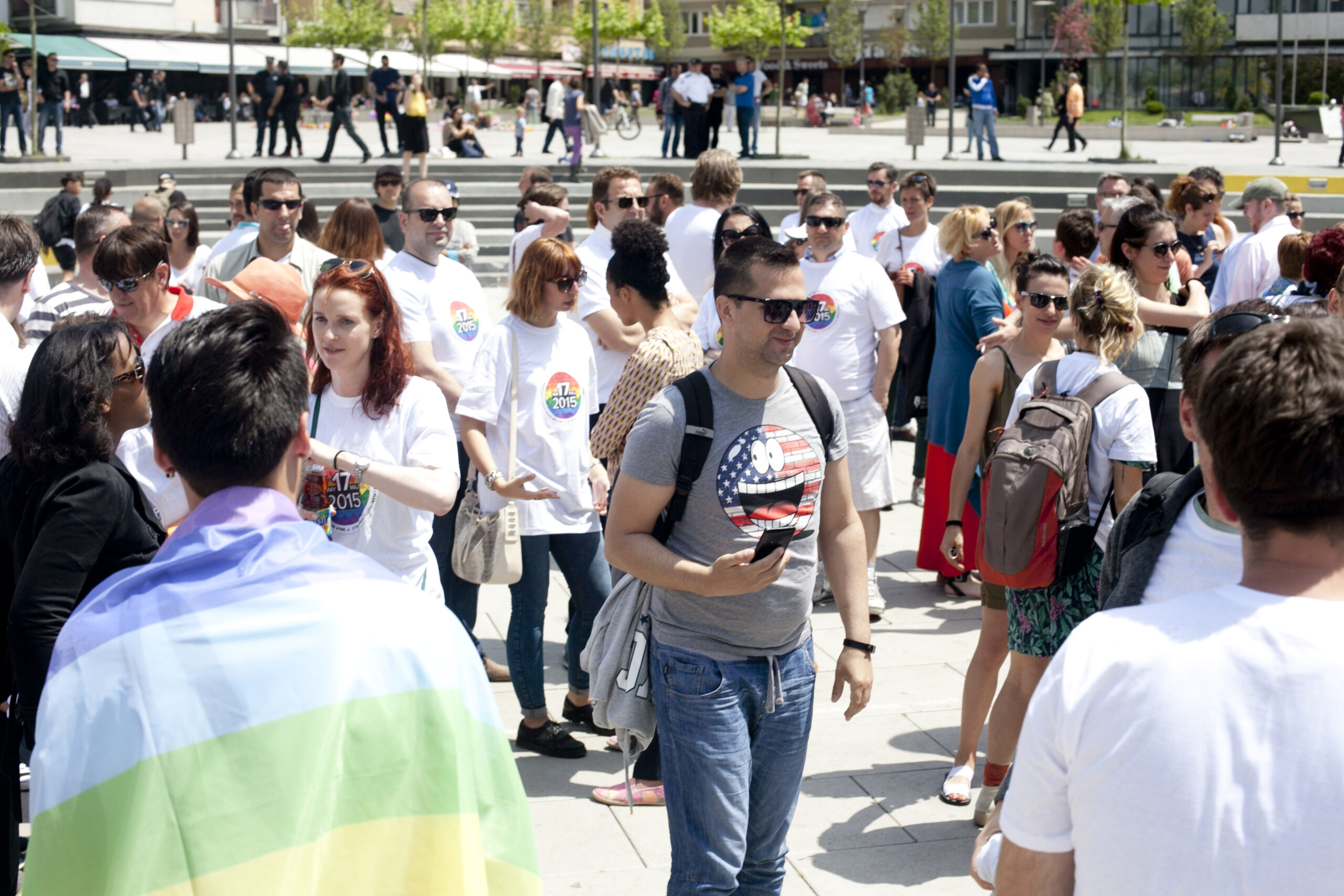 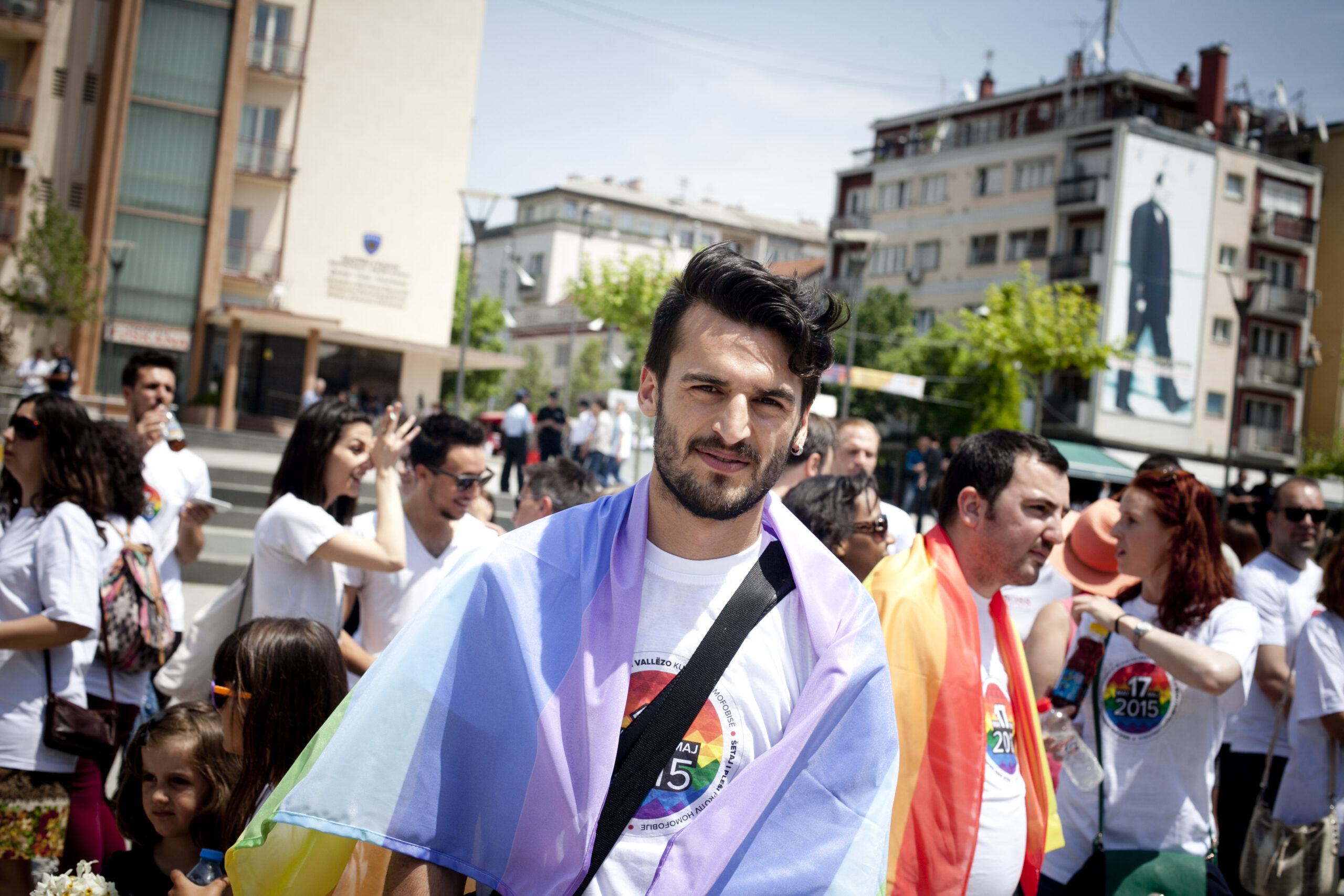 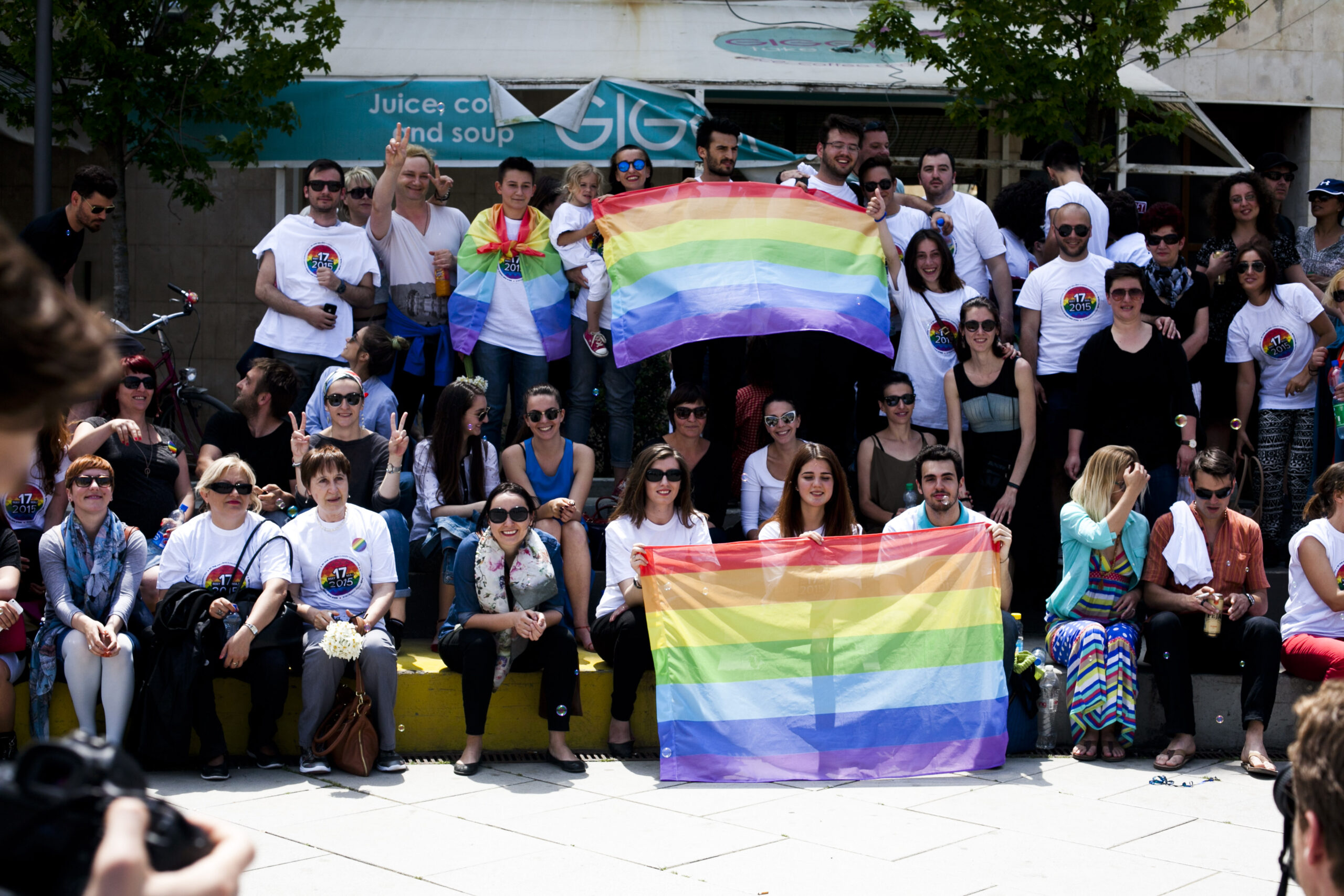 About the project
KOSOVO: Project against Homophobia and Transphobia (Twinning) 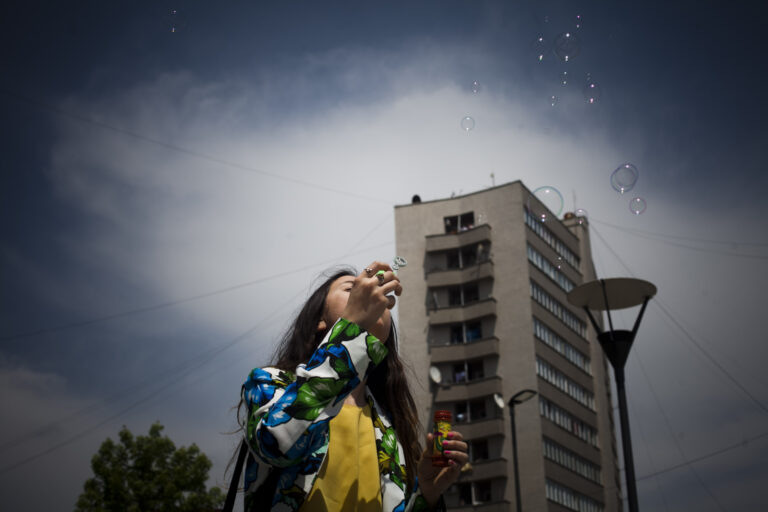 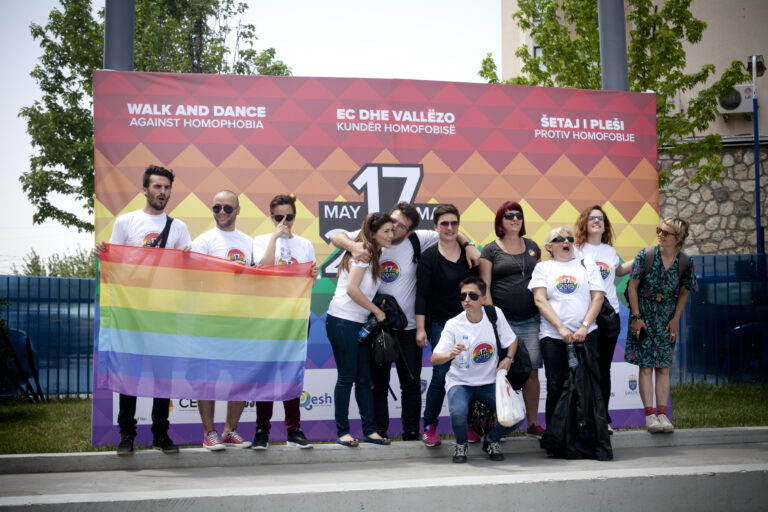 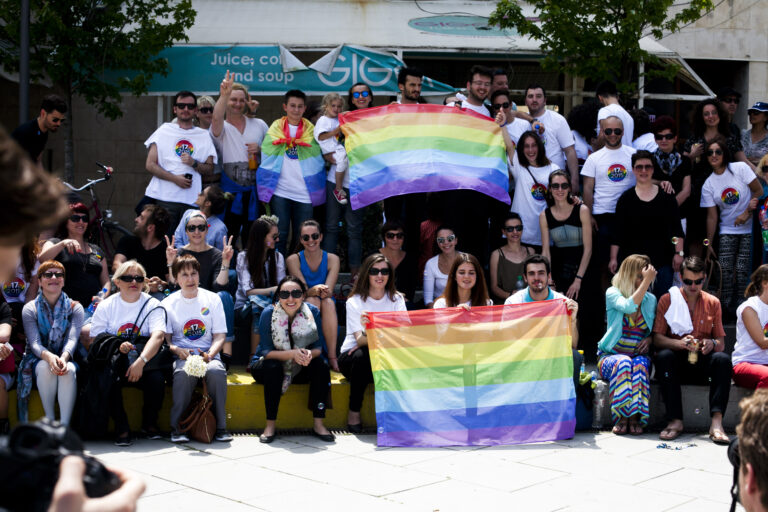 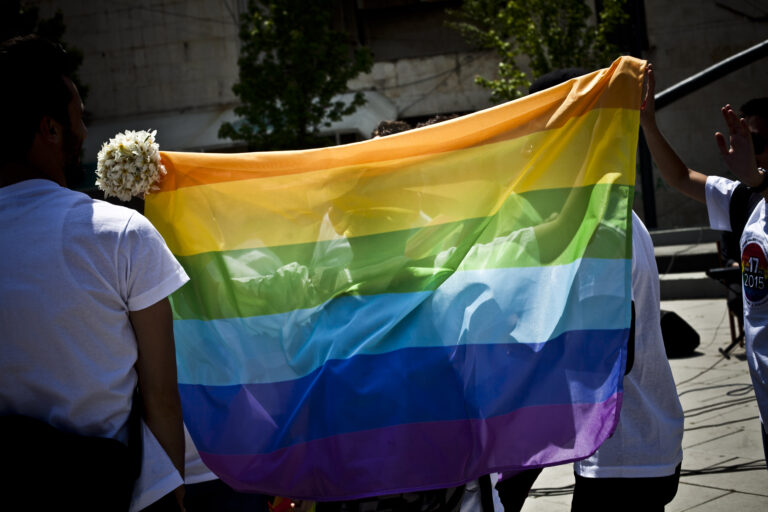 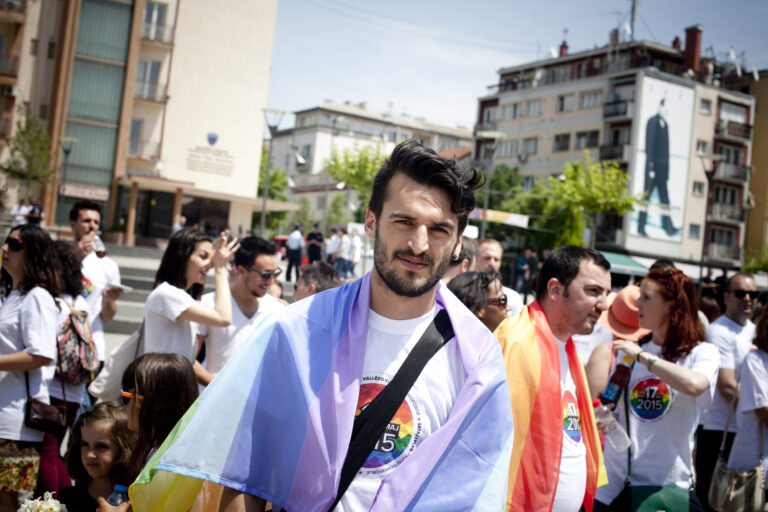 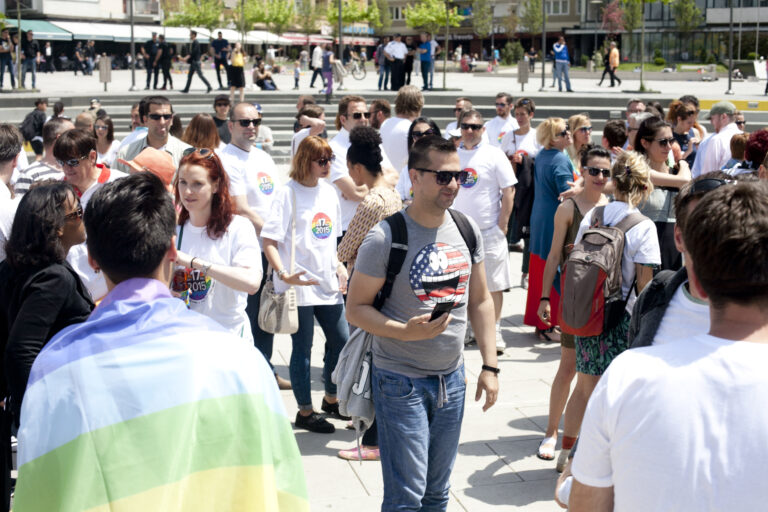 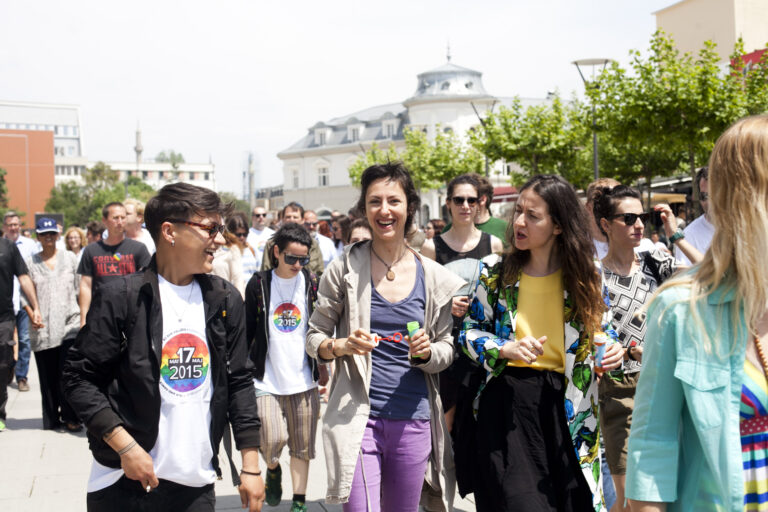