The crucial training phase of the EU Twinning project between Austria, Germany and Turkey started on 6 May 2013. The project aims at enhancing the implementation capacity of the Turkish National Police to prevent disproportionate use of force. For this end, the legal framework as well as standard operating procedures shall be amended.

A train the trainer programme implemented by Turkish National Police together with experts from the Austrian Security Academy, the German Federal Criminal Police Office, the Police Academy of Hessen and from the Ludwig Boltzmann Institute of Human Rights aims at establishing in-service trainings, of which human rights issues and standards are an integral part.

The violent reactions by the Turkish police to demonstrations in various Turkish cities emphasize once more the importance of professional and human rights compliant policing for the protection and promotion of freedom of opinion and freedom of assembly as fundamental democratic rights. The project’s aim of contributing to the prevention of excessive use of force by the Turkish police is therefore more relevant than ever.

Building on project results that have been achieved in cooperation with the Turkish partners so far (as regards changes in the organisational and procedural framework), the current trainings are of special significance for strengthening reform efforts within the Turkish police. Commitment to human rights based policing and concern about the present situation have been expressed to the Turkish partners, while also conveying continual willingness to cooperate and to provide support in the sense of the project. 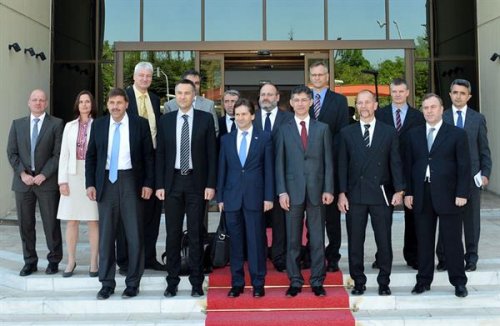 a.
a. Official Kick-off

About the project
TURKEY: Implementation Capacity of Turkish Police to Prevent Disproportionate Use of Force (Twinning)