In the run-up to the International Human Rights Day, Austria’s leading human rights institute celebrates its 30th anniversary with a high-profile panel discussion.

On Thu., 10 December 2022 the annual International Human Rights Day takes place. It marks the day, the United Nations General Assembly adopted the Universal Declaration of Human Rights in 1948, laying the foundation for the development of modern human rights protection. In the run-up to this anniversary, the Ludwig Boltzmann Institute of Fundamental and Human Rights (LBI-GMR) invites to a Human Rights Talk at the Volkskundemuseum Vienna on Thu., 1 December 2022, starting at 18:00. Under the title “Who owns the world’s cultural heritage?” top-class experts from the fields of culture, science and diplomacy will discuss the contentious topic of cultural appropriation. The event marks the 30th anniversary of the Ludwig Boltzmann Institute of Fundamental and Human Rights. It will also be broadcasted via livestream on the Institute’s website.

30 years of human rights research at the LBI-GMR

The Institute was founded in 1992 by Felix Ermacora, Manfred Nowak and Hannes Tretter as the “Ludwig Boltzmann Institute for Human Rights (BIM)” in the run-up to the World Conference on Human Rights. It has grown into one of the most important human rights institutes in the German-speaking world and can look back on a wealth of expertise, projects, events and publications. Today, it employs around 30 researchers who deal with a broad spectrum of scientific issues and are active nationally, Europe-wide and internationally.

Between theory and practice

The LBI-GMR is an institute of the Ludwig Boltzmann Gesellschaft, which as a non-university research organization enables both scientific agility and practical relevance. Characteristic for the LBI-GMR is its focus on the “Translational Research Cycle”, by which research results are translated into practice and insights from practice are conversely incorporated into research. This “cycle of translation” ensures the high quality and effectiveness of the Institute’s research and secures its hinge function between theory and practice.

The Institute meets the current challenges in the field of human rights with its interdisciplinary approach, which combines law, social and political sciences. Currently, it is focusing on “Asylum and Migration,” “Human Dignity and Public Security,” “Rule of Law and Public Sector Reform,” “Social Justice for Disadvantaged Persons,” “(In-) Equality and Non-Discrimination,” and “Business and Development Cooperation.” In the programme line “General Human Rights,” the Institute also addresses current issues such as environmental and climate protection, digitalization and international criminal law.

Successful cooperation with the University of Vienna

Since 2019, Michael Lysander Fremuth has been leading the LBI-GMR as scientific director. The administrative management, also since 2019, is held by Patricia Mussi-Mailer.

Fremuth is also a University Professor of Fundamental and Human Rights at the University of Vienna; this staff affiliation allows for ongoing exchange as well as synergies and diverse collaborations between the two institutions.

Human rights more important than ever

The last few years in particular, marked by the pandemic, the war in Ukraine, and the climate and energy crisis, have proven time and again how great the importance of profound scientific research is for our society. Mussi-Mailer says: “Especially in times of crisis, it becomes clear that we must not take human rights for granted. They have to be explained and implemented again and again. Sometimes different human rights, for example the right to health and the freedom of assembly, can compete with each other. This is where our experts are more in demand than ever.” Fremuth further emphasizes, “The LBI-GMR will continue to make a central contribution to human rights research and work in Austria and beyond by providing its expertise as a level-headed voice of science, especially in times of great polarization and agitation. To this end, we will continue our proactive work on current and future human rights issues and challenges.”

Together with the University of Vienna and other partner organizations, the LBI-GMR will address the achievements and challenges, as well as the future of international human rights protection, at an international conference (October 27-29, 2023) to mark the anniversary of the 1993 World Conference on Human Rights in Vienna. 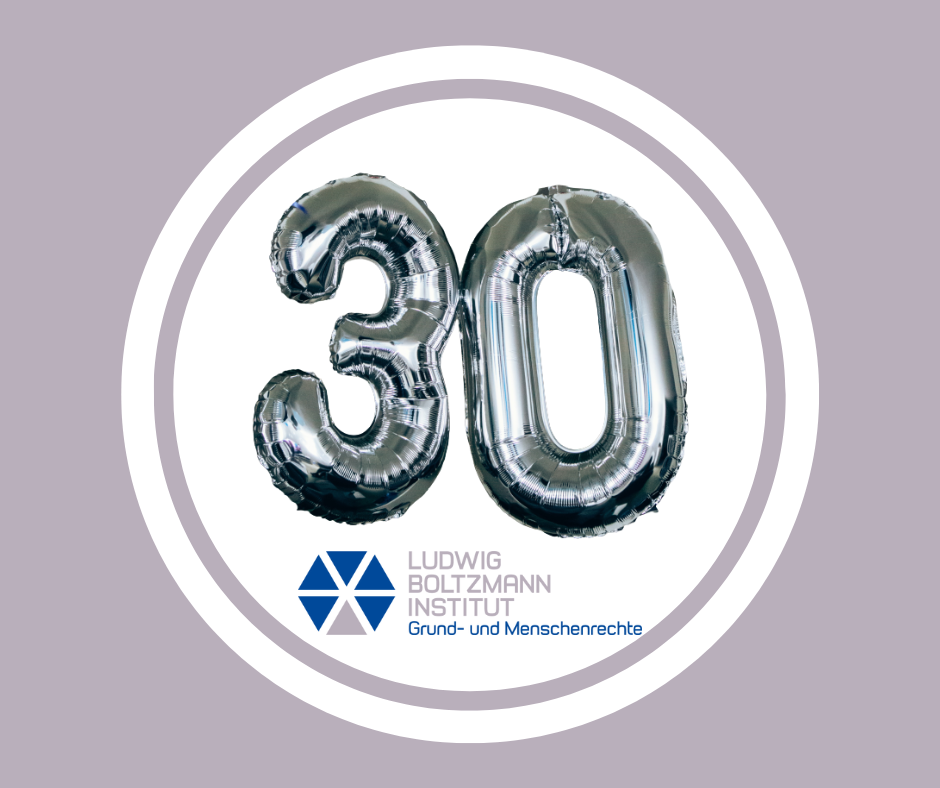