All EU countries have enshrined social rights in their constitutions, with one exception – Austria. This is criticised by programme line leader Karin Lukas of the Ludwig Boltzmann Institute of Fundamental and Human Rights in an interview with APA (Austria Presse Agentur).

Our colleague Karin Lukas, head of the programme lines “Social Justice for Disadvantaged Persons” and “Business and Development Cooperation” at the Ludwig Boltzmann Institute of Fundamental and Human Rights (LBI-GMR), criticises in an APA interview that politics can implement the right to housing, work and health, but is not obliged to do so.

“There needs to be more human dignity in our constitution“, Lukas says in reference to the fact that the welfare state in Austria is not constitutionally secured. Social law should help to prevent, for example, children, old people, people with disabilities, people with little money or members of ethnic groups from being structurally disadvantaged.

As a relatively rich country, Austria is not on a bad path when it comes to granting social rights, but it is no longer appropriate that social rights are not enshrined in the Constitution. This is because they are outside the control of the Constitutional Court. According to Karin Lukas, a guarantee of social rights would prevent disadvantaged people from being affected even more, especially in times of crisis, and would have a noticeable impact on the amount of social benefits. In the health sector, a constitutional anchoring would mean a guarantee of treatment, including access to psychotherapy. Admittedly, such measures would cost quite a bit, but doing nothing also costs, so these measures would save not only a lot of money but also suffering.

Karin Lukas also calls for the ratification of all 98 provisions of the European Social Charter. As only 76 provisions have been adopted in Austria so far, the areas of social protection, protection against poverty and exclusion or the right to housing are missing. The collective complaints mechanism from an optional additional protocol is also to be adopted, so that social partners and NGOs can report concrete cases and grievances directly to the competent supervisory body, the European Committee of Social Rights (ECSR). Overall, there is still a lot to be done in terms of safeguarding social rights in Europe. 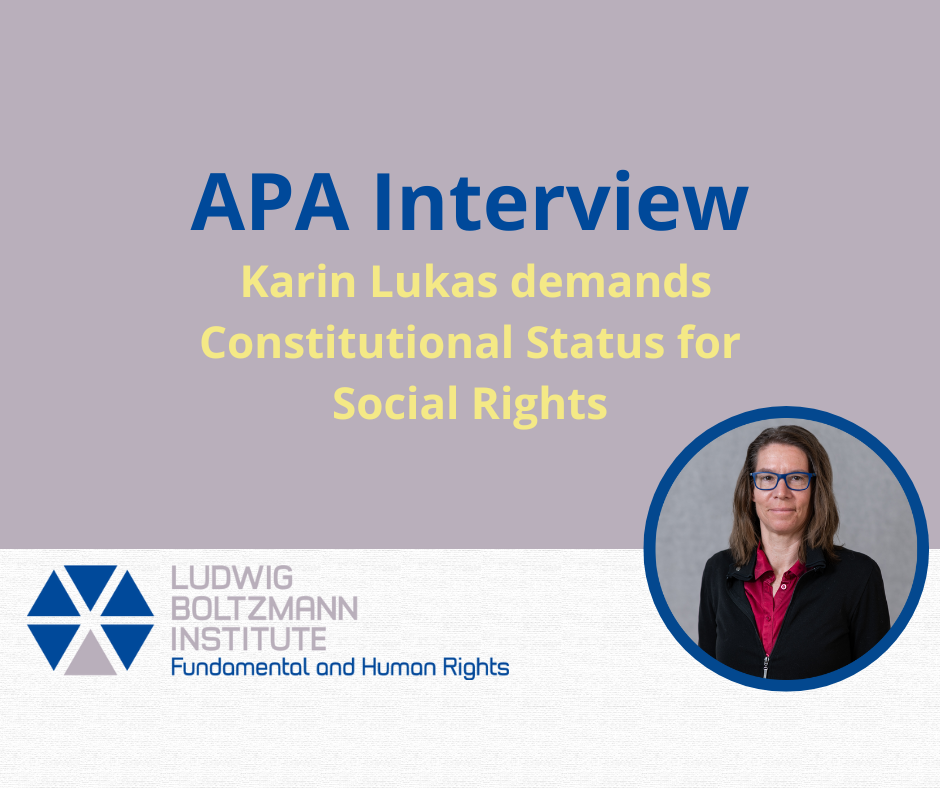