Publication Series “Menschen.Rechte!” of the Ludwig Boltzmann Institute of Fundamental and Human Rights
10 Jan 2023 by lbigmr

Publication Series “Menschen.Rechte!” of the Ludwig Boltzmann Institute of Fundamental and Human Rights

The first two volumes of the publication series “Menschen.Rechte!” of the Ludwig Boltzmann Institute of Fundamental and Human Rights (LBI-GMR) have recently been published by MANZ-Verlag.

Michael Lysander Fremuth founded the new publication series of the Ludwig Boltzmann Institute of Fundamental and Human Rights (LBI-GMR) under the title “Menschen.Rechte!” as editor in 2022. In cooperation with MANZ-Verlag, the first two volumes were published in November and December.

The first volume, entitled “70 Years of the European Convention on Human Rights”, documents a symposium from 2021 dedicated to the convention’s anniversary. Among other things it contains contributions on the significance of the European Convention on Human Rights (ECHR) for the Austrian and German fundamental rights systems and foreign policy, the need for reform of Austrian fundamental rights jurisdiction, as well as the question of social rights and the convention.

The second volume, “Protecting Life by Investigating Death” deals with the death of migrants and refugees, for example in refugee camps, prisons, refugee centres or at sea. The book explores the question of the legal obligations of Council of Europe member states to investigate these deaths. The work examines the sometimes contradictory case law and highlights the importance of investigative obligations for human rights protection.

Through the cooperation with MANZ Verlag, the LBI-GMR’s human rights research, with its multi-disciplinary and practice-oriented approach, is expected to gain even greater visibility and relevance in Austria and beyond. The partnership between the LBI-GMR and MANZ was sealed in July 2021 by the Scientific Director of the LBI-GMR, Michael Lysander Fremuth and the Program Area Manager Hemma Korinek on the part of MANZ. In the series “Menschen.Rechte!” experts from science and practice write about relevant human rights topics.

You can purchase the first and second volumes of the series here. 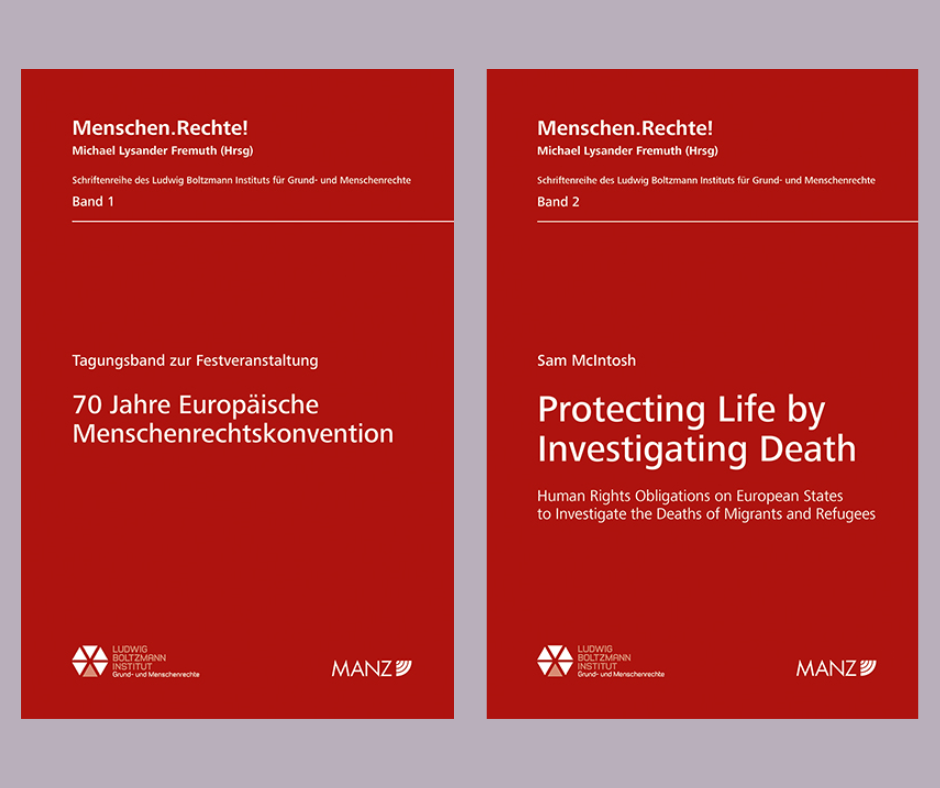