On April 1st 2016, the final event of the Twinning project against homophobia and transphobia took place in Hotel Sirius in Pristina, organised by the Kosovo Office for Good Governance in cooperation with the Austrian Ludwig Boltzmann Institute of Human Rights and the Finnish National Institute for Health and Welfare.

A last meeting of the project steering committee preceded the official closing event. Based on an exit strategy, which has been developed by Austrian short-term experts and which presents milestones of the project as well as recommendations for further input, the project team had the opportunity to discuss the lessons learned, the results of the project and challenges ahead. Ms Sadete Demaj-Kajtazi (RTA Counterpart from the Office of Good Governance in Kosovo) gave her thanks to the project team for the good and successful cooperation in the course of the project. She noted that there have been positive movements within the various project activities in the last two years, but that further engagement regarding LGBTI rights is necessary. In line with the exit strategy, this should be done within the Advisory and Coordination Group for the rights of the LGBTI Community, to further support and sustain an active, fruitful, partnership-oriented and sustainable network of government, civil society, the international community and regional stakeholders.

In the evening of April 1st, relevant stakeholders, project partners and friends celebrated the successful closure of the project. Fiona Steinert (Project Leader from the Ludwig Boltzmann Institute of Human Rights) thanked all the people involved in the successful implementation of the project for their engagement and enthusiasm. Dieter Schindlauer (Resident Twinning Adviser from the Ludwig Boltzmann Institute of Human Rights) highlighted the positive experience in working together with the local institutions and the EU Office in Kosovo. Due to the involvement of the Office for Good Governance, the EU Office in Kosovo, the civil society, the participants of the train-the-trainer programme from the police, general administration, education and judicial sector, as well as the involvement of the international short-term experts, the project has been implemented successfully and important steps regarding anti-discrimination have been taken.

Christof Stock (Cooperation Section, Head of Section at the EU Office in Kosovo), Julia Jacoby (Task Manager at the EU Office), Arber Nuhui from the Center for Social Group Development (CSGD), participants of the train-the-trainers programme, and other partners, friends, contributors and supporters attended the event.

The exit strategy and the invitation of the final event are attached for download. 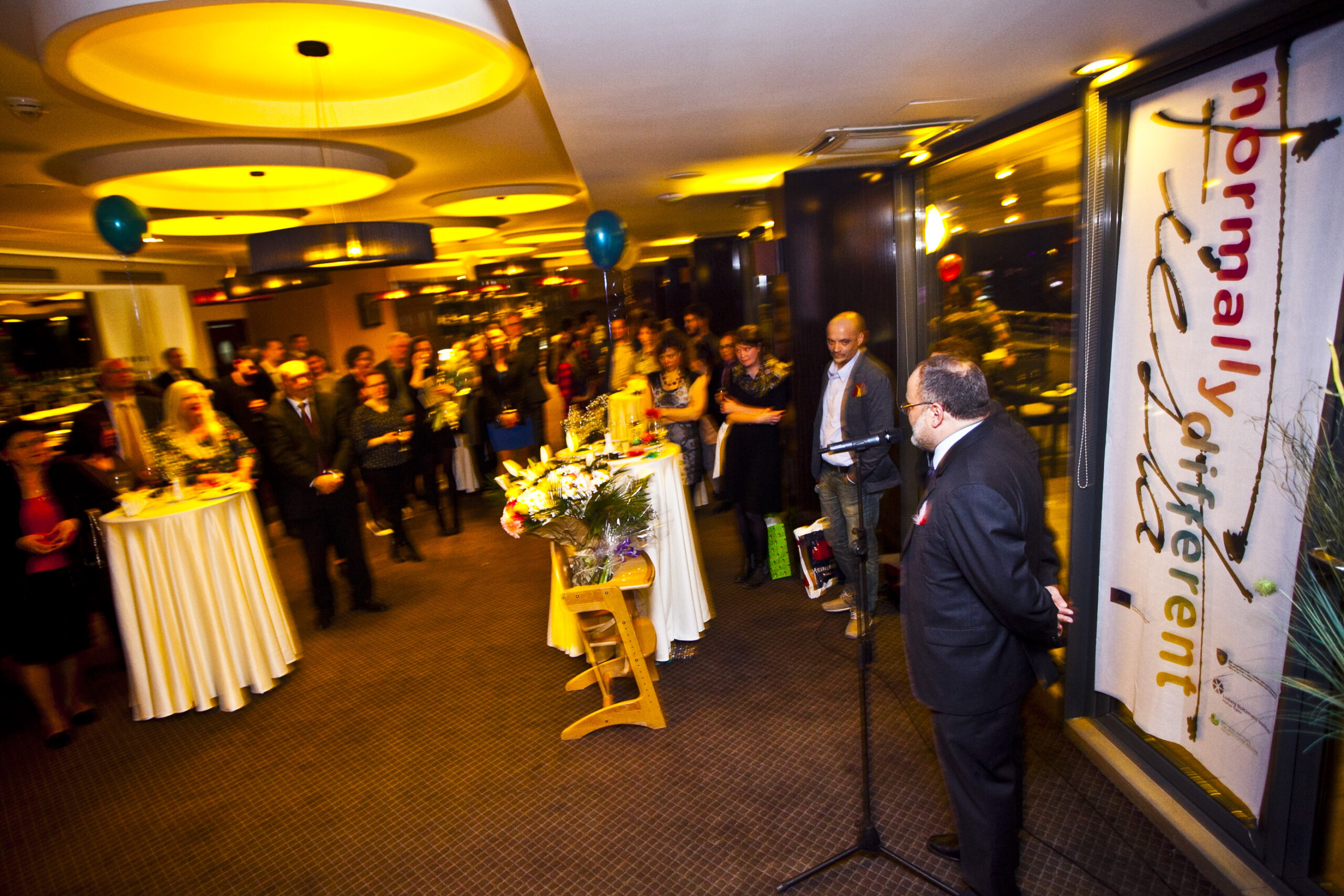 b.
a. Dieter Schindlauer at the final event
b. Invitation to final event 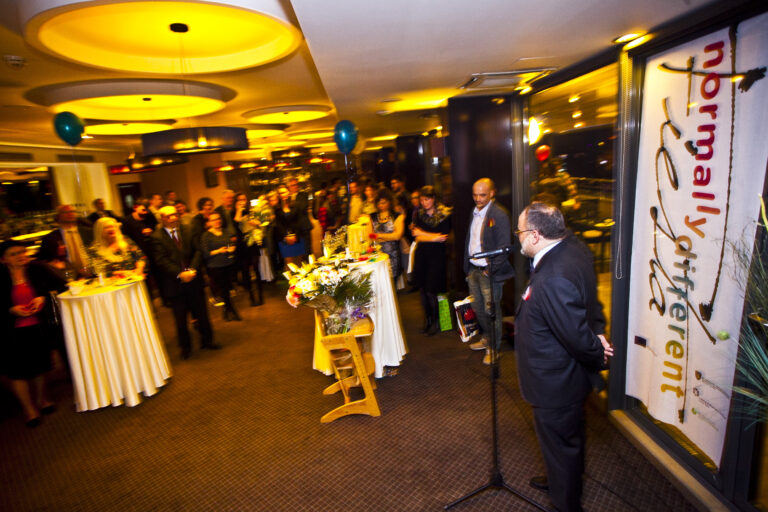 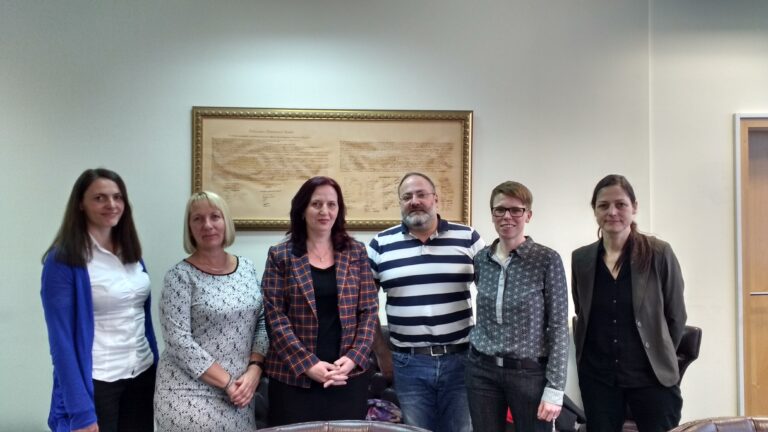 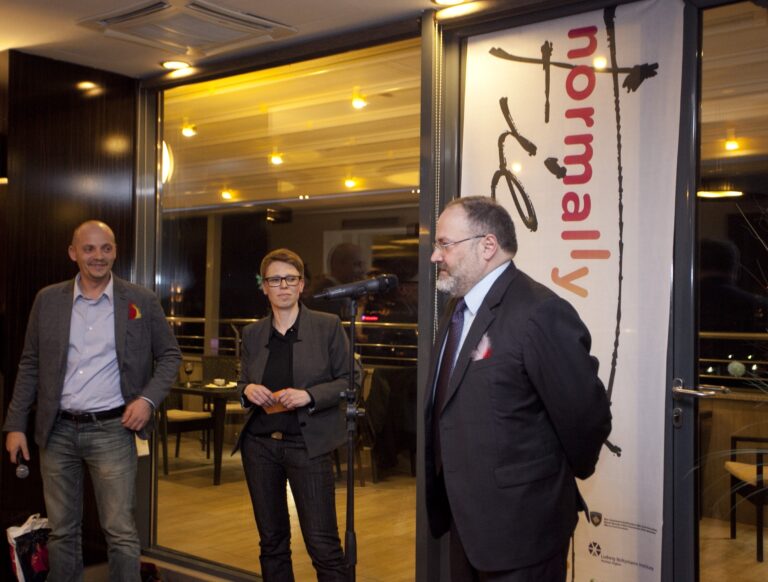 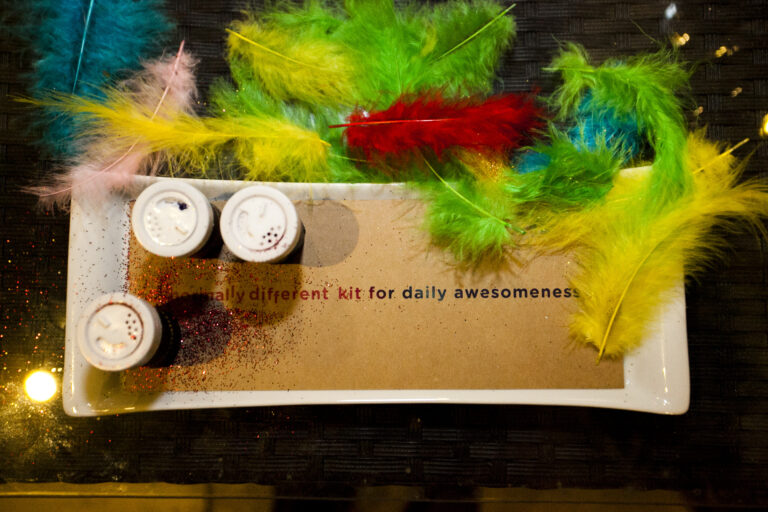 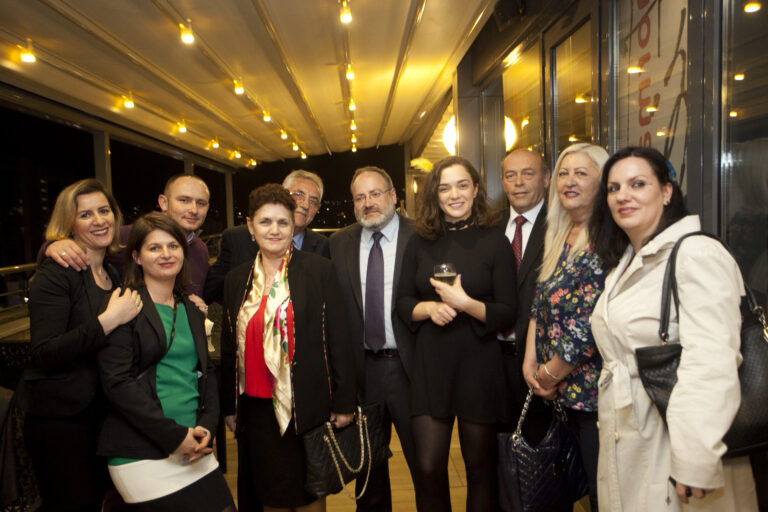 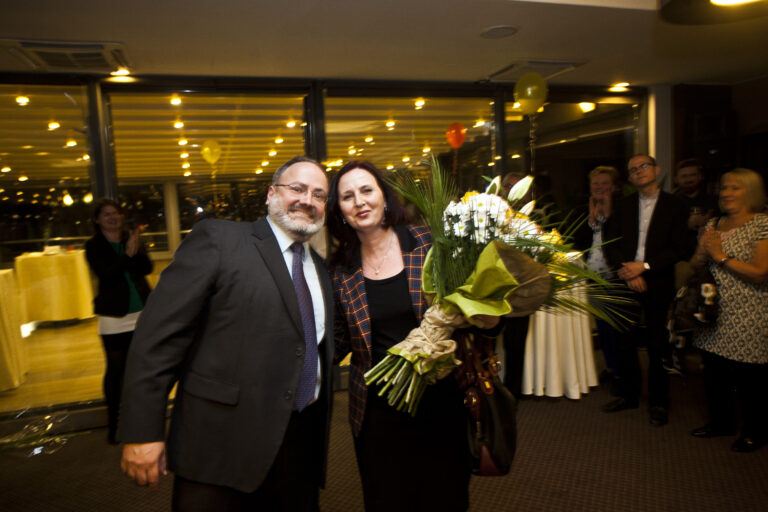 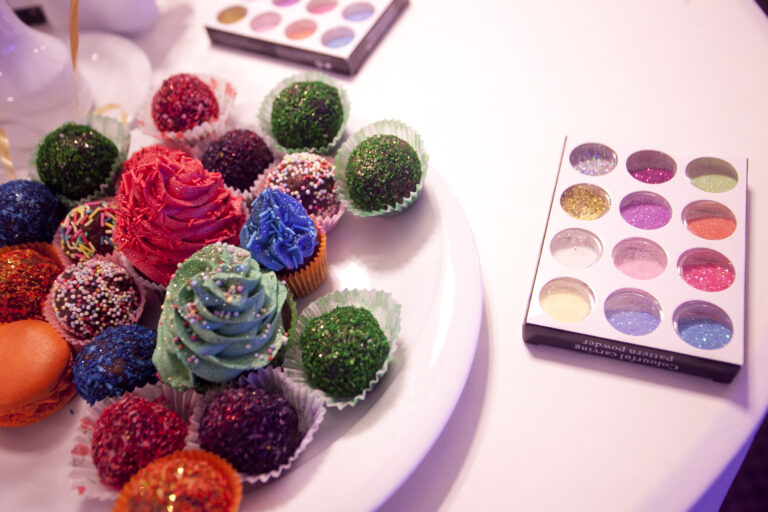