At the closing event of the “ROLPRO 2” project in Kyrgyzstan, the achievements, especially in the field of digitalization, were highlighted.

On Monday, 5 December 2022, the 8th Steering Committee Meeting and closing event of the “Rule of Law Programme in the Kyrgyz Republic – 2nd Phase (ROLPRO 2)” took place in Bishkek, Kyrgyzstan. ROLPRO 2 is a unique collaborative project, which, under the leadership of the German Gesellschaft für Internationale Zusammenarbeit (GIZ), brought together several well-known EU organisations working in the field of rule of law and more than ten different state beneficiaries in the Kyrgyz Republic. The Ludwig Boltzmann Institute of Fundamental and Human Rights (LBI-GMR) represented by the Programme Line “Rule of Law and Public Sector Reform” is the Austrian partner in the consortium.

Based on the needs of the state beneficiaries, the programme scope has covered an impressive range of issues, spanning from the introduction of administrative law and justice to digitalisation of the courts and other key players in the criminal justice sphere. In this context, knowledge and technical assistance were provided not only to improve the efficiency of the Kyrgyz criminal justice system through digitalization, but also to identify innovative ways to harness new technologies enhancing human right safeguards at various stages of criminal proceedings.

The event was attended by high ranking state officials, including Zamirbek Bazarbekov, Chairman of the Supreme Court of the Kyrgyz Republic, as well as representatives of the Ministry of Justice, the General Prosecutor’s Office and the Constitutional Court. During the event, the speakers highlighted multiple achievements of the project, underlined the need for ensuring sustainability of the achieved results and expressed gratitude to all the partners for their valuable contributions.

Our scientific director, Michael Lysander Fremuth, participated in the closing event online and delivered a welcome speech on behalf of LBI-GMR. He emphasized the commitment and professionalism demonstrated by the state counterparts and thanked all the experts contributing to the success of the project. He concluded that the LBI-GMR will be honored to be continuing the cooperation in the area of digitalization of the criminal justice system in the Kyrgyz Republic within the framework of a new project envisaged to start in December 2022. 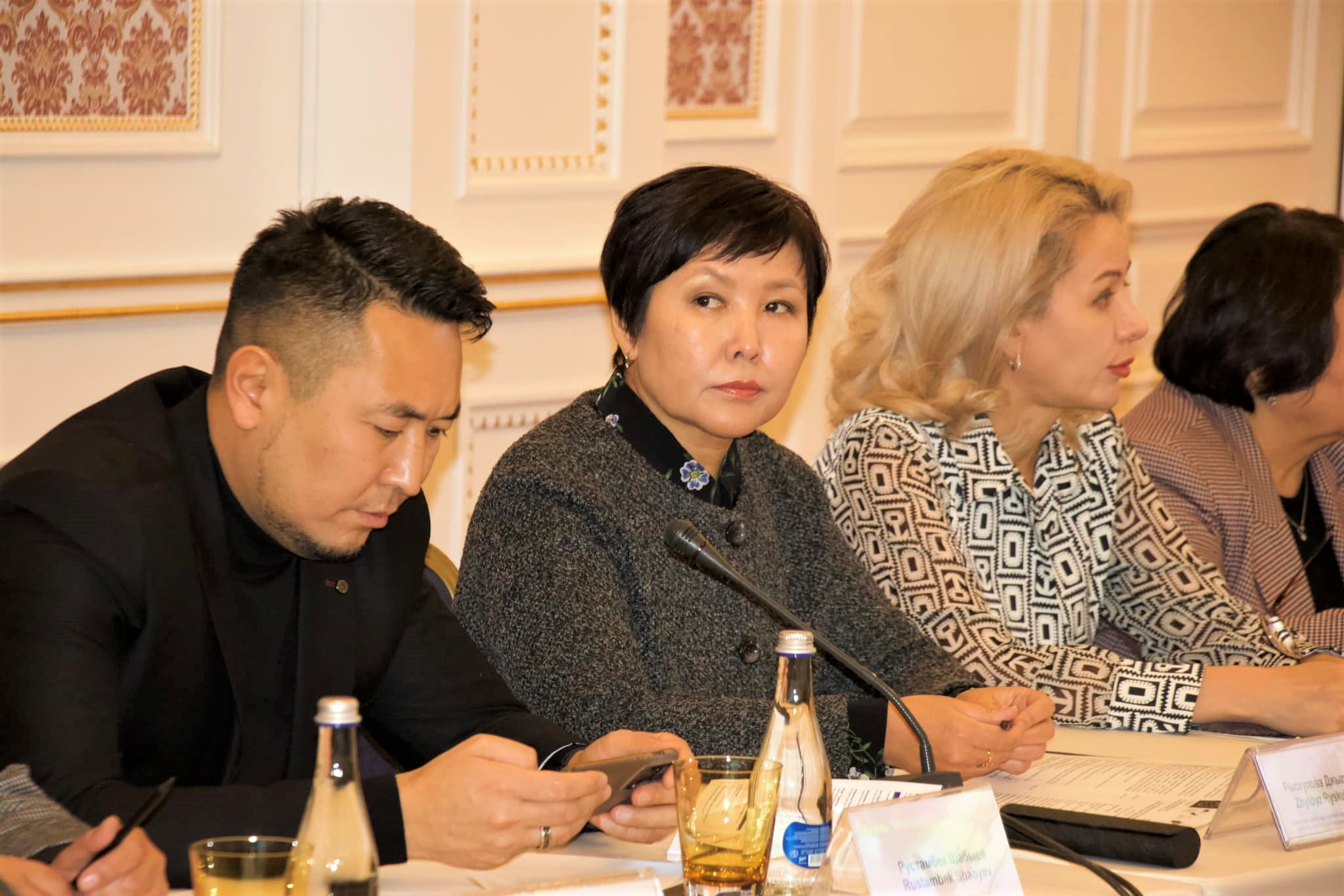 a.
a. Closing event of the “ROLPRO 2” project in Kyrgyzstan ©MeerimOrozbekova 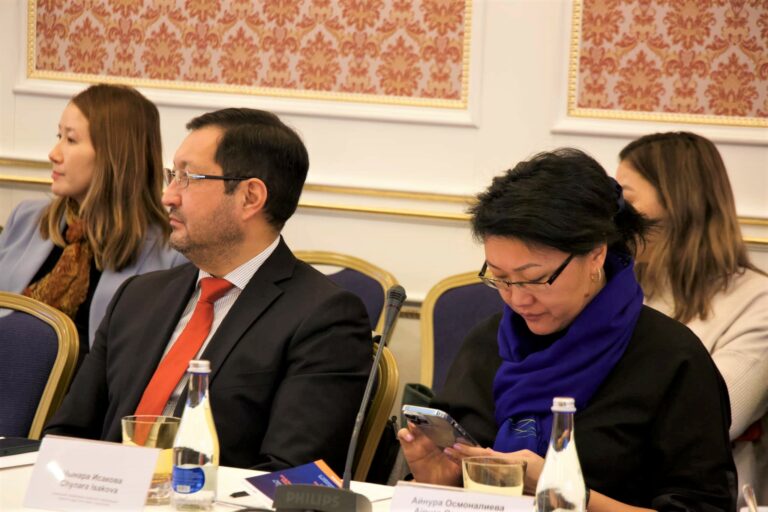 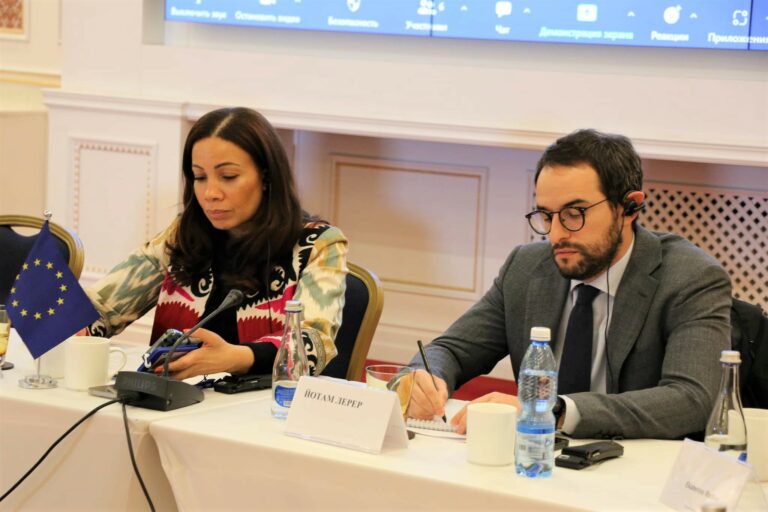 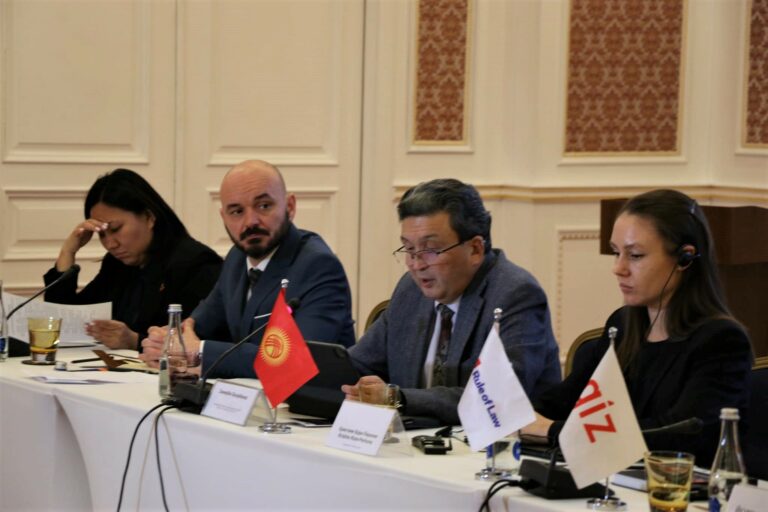 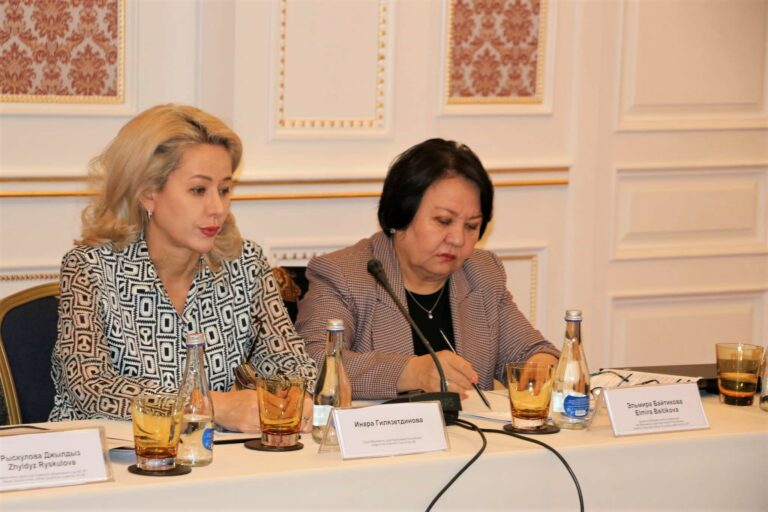 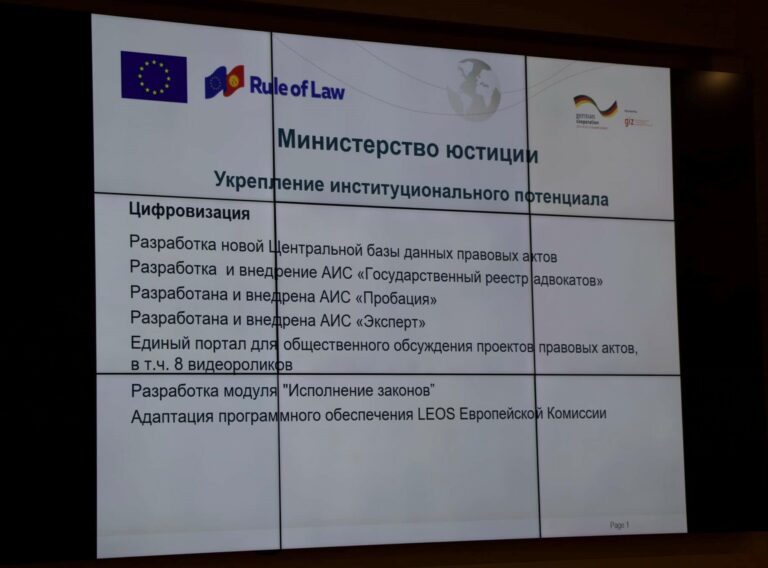 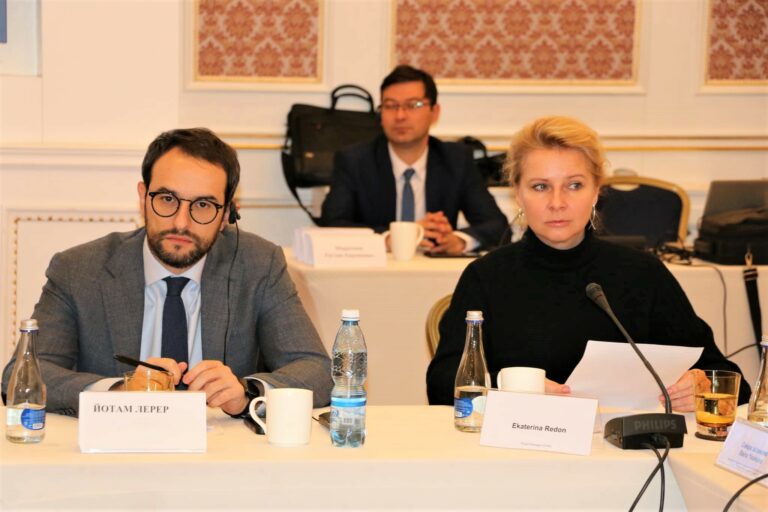 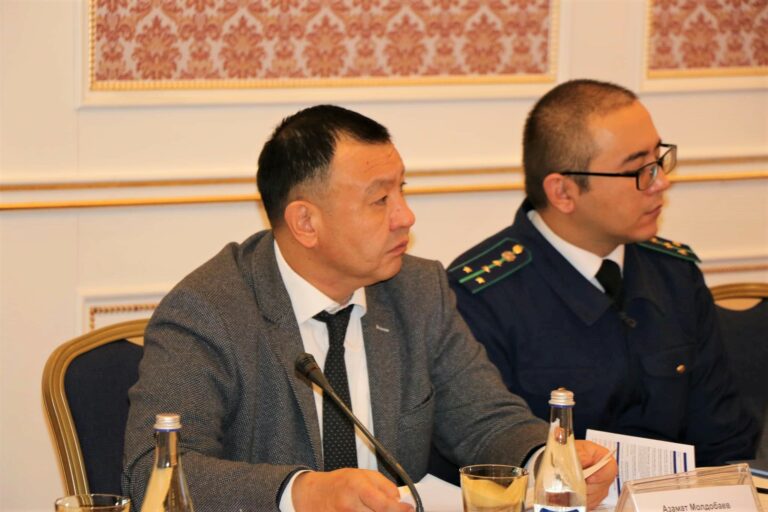 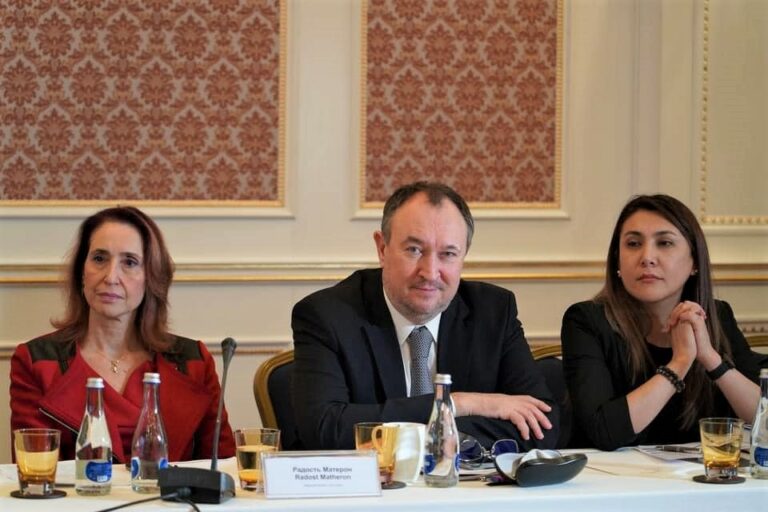 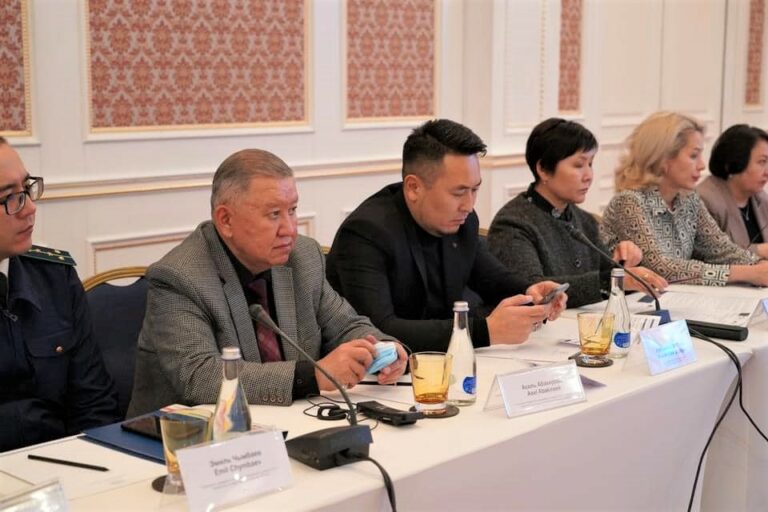 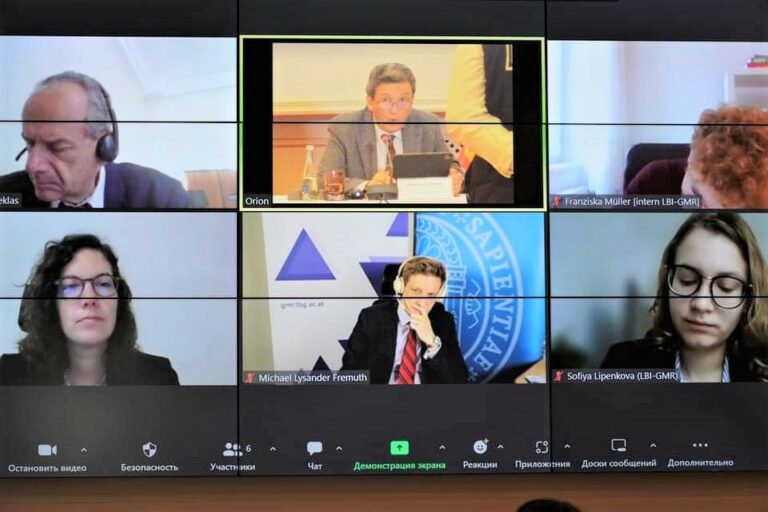 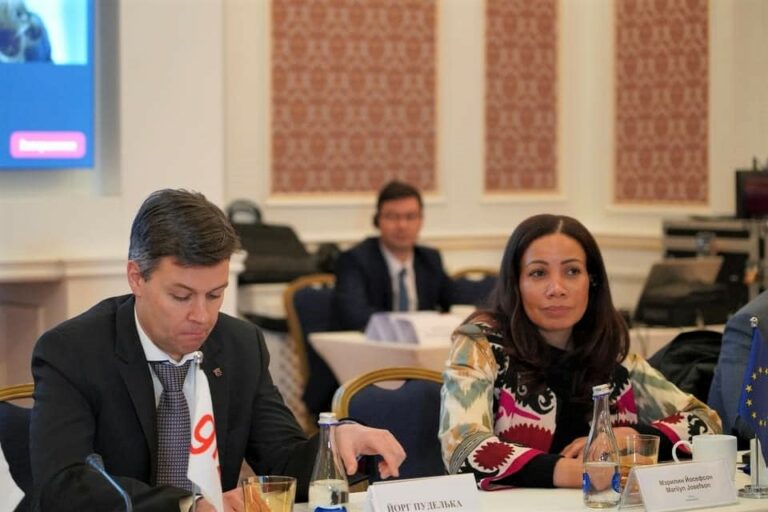